Education Is A Solid Investment 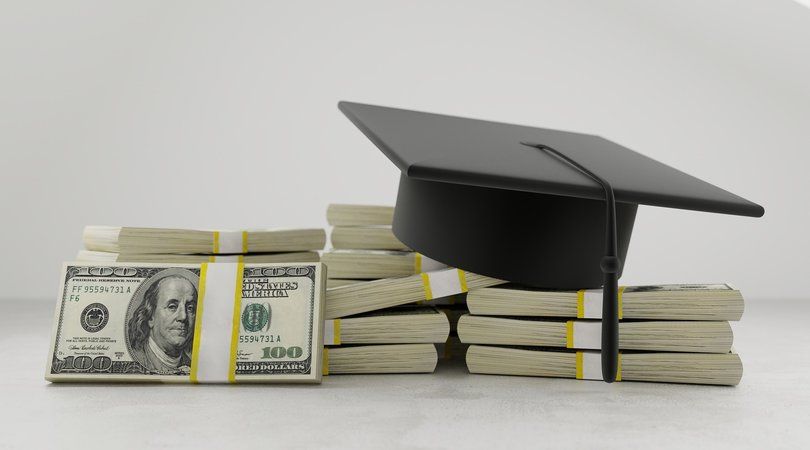 When Mike Lally graduated from Michigan State University, degrees were often considered optional. Today, the Senior Food Safety Inspector with the Michigan Department of Agriculture says a degree is crucial for his job. “I could not have pursued my current career without it,” he said.

Today, despite rising tuition fees, a majority of Americans still believe that both community colleges and four-year institutions are still worth the cost according to a 2017 report by New America.

And there are numbers to prove this. The Georgetown University Center on Education and the Workforce (CEW) report ‘America’s Divided Recovery: College Haves and Have-Nots’ states that college graduates now make up a larger share of the workforce than high school graduates.

Can you expect ROIs on your college education?

The simple answer is a resounding YES! However, when you get down to the brass tacks, the answer to this question is slightly complex as the CEW found while attempting to rank the Return on Investment on 4500 colleges across the country. The type of college, the degree you earn, and the major you choose can all play a role in your potential future earnings.

In terms of ROIs, CEW found that certificates and associate degrees gave the highest short-term (10 years after enrollment) returns; although this may be because student debt is lower and individuals enter the workforce sooner. However, the same study found that bachelor’s degrees eventually pay off better in the long run.

It almost goes without saying that some professions pay more than others on average. CEW found that certificates in nursing were particularly valuable in the short term. In its 2018 report on colleges and careers, it found that the disparity between earnings can be huge even at the same degree level. For example, BAs in architecture and engineering lead to median annual earnings of $85,000 which is $39,000 more than the median annual earnings of education majors at $46,000.

While the career you choose may include factors that go beyond earnings, like interests and passion for example, one fact the study is clear on is that those with a college education earned more than workers with a high school diploma.

What are the benefits of a college degree?

Apart from higher earnings, a college degree can bring other benefits too. Surprising ones!

A 2017 study published in the JAMA Internal Medicine showed that those with a college degree were at a significantly lower risk of cardiovascular disease. A 2019 study in the same journal shows that the life expectancy of those with a four-year degree is longer than those with a high school diploma.

If living longer isn’t incentive enough; how about the chances of getting a job? The U.S. Bureau of Labor Statistics reports that bachelor’s degree holders had lower unemployment rates (2.2 percent) than those with a high school diploma in April 2018 (4.1 percent). The difference between unemployment rates increases with educational attainment.

And think of all the lifelong friends you’ll make, not to forget the acquaintances. In fact, a survey conducted on LinkedIn showed that 85 percent of open jobs were filled due to networking. College can be a great place to practice your networking skills.

Online learning addresses a big barrier to higher education: the need to earn an income. Although traditional degree programs may require a full-time commitment, online programs are often specifically structured to work around existing employment and family obligations. That may be one reason why students studying online are generally older.

Financing a degree can be a challenge. In Lally’s case, he plans to encourage his children to apply for scholarships and take advantage of opportunities that can cut costs and help lessen the need to take out student loans, such as serving as a residential assistant in campus dorms.

Online degree programs can negate costs like transport to lectures, parking and on-campus residency fees and so reduce the financial burden associated with earning a degree. Additionally, students of online degree programs are eligible for many of the same federal loans, grants and scholarship programs that are available to students studying at traditional colleges.

While earning a degree can be a challenge in itself, the process of getting a job can be difficult too. Recognizing this, many online colleges offer resume building, interview workshops, job fairs, networking events and more. In fact, some colleges allow their alumni to continue to use these services long after they have graduated.

Regardless of whether you choose to pursue an online or an on-campus program, as the Association of American Universities (AAU) Vice President of Public Affairs Barry Toiv says, “While there are understandable concerns about college costs…a college education offers knowledge and critical thinking, communication, and problem-solving skills that provide individuals with opportunities in their professional and personal lives.”